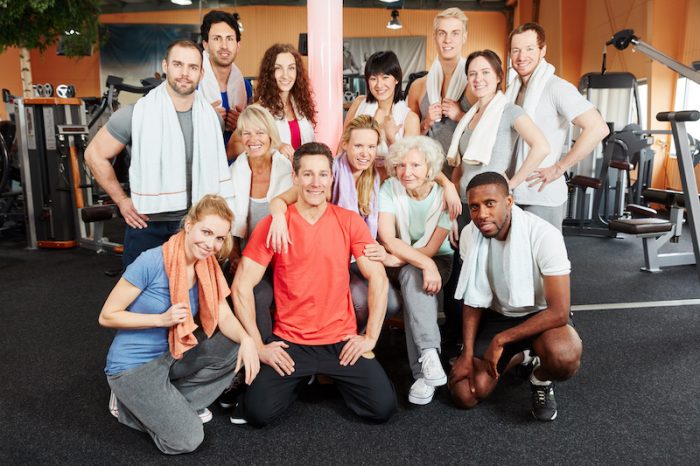 A lot of people complain nowadays that despite of starting some sort of a sport, they can’t make it a part of their life – either because of lacking the time or the motivation. This usually happens because the other side of the equation – the motivational force – isn’t present. If someone works out alone, it becomes much harder to overcome any obstacles instead of just ignoring them.

Your goal as a trainer is to be the motivational force your clients need and help them achieve their long-term goals. And one of the best tools you have at your disposal is organising group sessions. How so? Read on to find out!

It’s not just about us

One of the greatest advantages of working out in a team is the power of the community itself. Clients attending these sessions will have a sense of belonging, which will motivate them to bring out the best in themselves. This is because of two things: first, we just want to show our peers what we are capable of, and second, none of us really wants to ruin anyone’s progress because we don’t perform well at a training.

Forming a routine is much easier

Group sessions do not only motivate an individual to reach their own goals – they’ll be pushed harder to reach the mutual goals of the group. During such workouts, you aren’t the only motivational force – your clients will inspire each other, and the friendships they forge will lift their spirits even more. This is why a group session can become part of a weekly routine much quicker than working out alone – what is this if not an effective way of progressing and reaching your goals?

Last but not least, it’s worth mentioning the real reason behind people growing tired of working out alone. It’s simply because they start regarding it as a chore that just lacks the fun factor. Working out in a group, however, is entirely different. Working out with a team is like going out to have fun with some friends – exercising becomes much more fun and versatile than working out alone.

To sum up, working out in a group does not only grant your clients greater sources of motivation, but it also provides more fun, both resulting in quicker and more intense progress. But remember: as good as group session can be, never forget that as a trainer your primary goal is to forge a team and help each individual reach their goals by instructing the team.